If you are eating leafy greens and believe you are getting all the vitamin K you need to be healthy…..you are only partly right. Vitamin K2 is a newly discovered and critical nutrient that is often missing in Western diets.

Maybe vitamin K is a mystery to you altogether.  If so, it is important to know that there are two classes of vitamin K:  Vitamin K1 and  Vitamin K2.

The most intriguing of the two types of vitamin K from a health standpoint is vitamin K2.

Within the class of vitamin K2 there are several forms, including menaquinone-4 and menaquinone-7.

It starts getting complicated really quickly as you see.  Stay with me.  I will break it down for you.

You may have been taught about vitamin K1 or phylloquinone, and how it helps to function for proper blood clotting.  Period. End of story.

That is so far from the whole story.

Fascinating research has emerged in the world of vitamin K2.

Vitamin K2 isn’t present green vegetables at all. It is present in:

The vitamin K family is fat-soluble, meaning it absorbs better with a fat accompanying it when you eat it. That’s kind of nice because fat tastes good.

Vitamin K2, or menaquinone, (MK) contains many subtypes as mentioned above, including MK-4, MK-7 through MK-11, all found naturally in foods.

Vitamin K2 has a much larger effect on osteocalcin and a 7-8 fold increase in blood levels of osteocalcin over vitamin K1 at identical dosing levels (3).

A rigorous clinical trial of vitamin K2 helped improve bone density as much as drug therapy (4).

Vitamin K2 has some shining anti-aging effects when it comes to the cardiovascular system.

A recent supplement study found that in 215 postmenopausal women (10), when taking vitamin K2 instead of placebo found:

What is more, this was a 3-year study, making it likely that its weight and fat loss benefits may be long-lasting.

Vitamin K2 is responsible for activation of proteins in the body called gla-proteins. One of the gla proteins involved in cardiovascular health is matrix gla protein.

Another way of looking at it is that it likely keeps the calcium where it needs to be; in the bones and not in your heart.

One small study of patients with severe kidney disease received vitamin K2(13).   Total cholesterol improved as well as a reduction in “bad” or LDL cholesterol was seen.

In a heart disease-prone rabbit, menatetrenone(12):

May reduce the negative effects of statin drugs

Statin drugs inhibit vitamin K function.  In theory, supplementation may help reduce some of the negative side effects of these drugs (17). 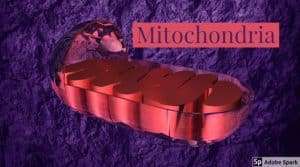 Mitochondrion (plural of mitochondria) are the powerhouses of energy production within the cell.

Diseases of aging like Parkinson’s disease and other neurodegenerative diseases are related to mitochondrial dysfunction.

Vitamin K2 in the brain is highly concentrated, with a high level of activity of MK-4 in brain astrocytes (20).

Vitamin K2 and coenzyme Q10 share similar structures and both are involved in the health of the mitochondria within each cell.

Why is this important to prevent symptoms of aging and protect mitochondria?  See my blog about energy and mitochondria for more in-depth informationhere.

Vitamin K2 is crucial in the formation energy, or electron transport (18). It is an anti-oxidant in the body that helps reduce aging of mitochondria in virtually all cell types (19).

Type 2 diabetes causes the body to age faster due to the damages of excessive glucose in the body as well as often accompanying elevations in circulating hormones.

Diabetes is multifactorial in nature, but nutrition is a cornerstone to mitigating its effects.

Both vitamin K1 and K2 may reduce the risk of diabetes (21).

A recent study showed that Vitamin K2 intake may reduce risk of metabolic syndrome by about 40%.

Another large Dutch study found that both vitamin K1 and K2 were associated with a reduction in diabetes risk by about 20% (22).

Menatetrenone at 90 mg a day (that’s  a lot) versus placebo increased insulin sensitivity index and carboxylated osteocalcin over a period of 4 weeks, and was well-tolerated (23).

Three clinical trials of vitamin K2 given to patients on hemodialysis resulted in improvements in a matrix gla protein, which inhibits calcification.

The first of these found that most hemodialysis patients are deficient in vitamin K (26).

“Pharmacologic” or large doses of vitamin K was safe and helpful related to improving matrix gla protein as well (27).

Another study found the same results: profound vitamin K2 deficiency with improvements in numerous parameters after supplementation at high doses(29).

Currently, vitamin K2 is not part of standard of care in kidney disease patients. Many are on warfarin, so the use of vitamin K2 needs to be discussed with your doctor first.

Several types of cancer risk seem to be reduced with higher intakes of vitamin K2, including a 63% reduction in prostate cancer risk (31).

High intake of both vitamin K1 and vitamin K2 is related to a reduction in all-cause mortality and reduction in cancer rates (32).

Vitamin K2 has similar benefits in cell studies of prostate cancer (38) as well as lung cancer and leukemia cancer cells (38).

All of these cell studies are preliminary.

Vitamin K2 is required for the production of a substance in the brain called sphingolipids.  These are involved in the structure of neurons.

Research conducted in recent years linked sphingolipid to the aging process, including disorders such as Alzheimer’s disease and Parkinson’s disease (40).

Vitamin K2 is also involved in the formation of myelin, the protective coating of the nerves.

A food source of vitamin K2 reduced the development of B amyloid in the brains of animals (41).

A recent study found that K2 reduced symptoms of anxiety and depression in rats (42).

It is important to remember that no nutrient works in isolation.  All nutrients work together better when they are in balance with other nutrients.  For example, vitamin K2 works better with adequate amounts of vitamin D and A (43).

For a very thorough description of vitamin K2 forms and dosing, click here (44)

Doses of vitamin K2 in human studies vary widely, typically from tiny doses of 90 micrograms up to big doses of 90 mg; this is a 1000 fold difference in range.

For the best supplement, it may be wise to get the kinds that have both mk-4 and mk-7.

Other varieties of menaquinone exist, but they have much less research so far.

Does Vitamin K2 Have a Downside?

No toxicity occurs vitamin K from food or supplements in any of its various forms of vitamin K1 or K2  (2). Therefore, no upper limit for safety for intake has been set.

The recommended daily intake for vitamin K is 90 ug for women and 120 ug for men: these recommendations do not take into account possible K2 benefits for health except for clotting factors.

If you are on warfarin or other blood-thinning medication, it is still possible to supplement lower doses of vitamin K2 and reap benefits, but make sure to check in with your healthcare provider first before adding any vitamin K.

Otherwise, vitamin K2 is essentially non-toxic, with no known adverse effects of supplementation.

2 thoughts on “How Vitamin K2 Helps Your Health”